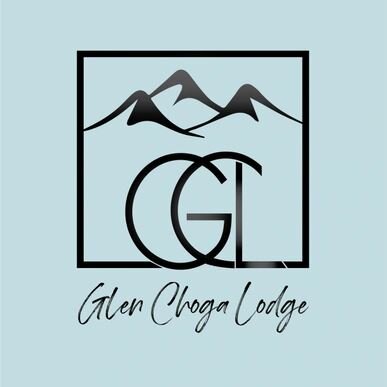 The Glen Choga Lodge has a deep-rooted history in the Nantahala Forest. Built-in 1935 using a saddle and notch construction. The previous owner, Don Ezelle, added to the National Registry of Historic Places in 1996. There is a long list of families who still live in the area who remember either their grandparents working at the lodge when it was an inn or their parents working there, and they would come along and play outside. The area is proud to have Glen Choga Lodge as one of its many historical places.

Doug and Terri Matern bought the lodge in April of 2019. It had been for sale for many years after the previous owner past. Don's family did not live nearby and were having difficulty selling it. They were planning on selling it at auction that Spring when we made an offer that they accepted.

The wormy chestnut logs, which were all harvested from the land surrounding the lodge, are sturdy and formidable. It is 85 years old and hopefully will live much longer. While working with Preservation North Carolina, we have done much structural work and infrastructure additions to get the house ready to share with anyone who has a heart for this rustic and simple building that has stood the test of time.
HISTORY

We are excited to show our guests the house with all the antiques that have lived here for many years. I hope our guests will enjoy staying in a museum.

Doug and Terri are from Florida. Terri is a native, and Doug came with his dad, transferred from Upstate New York to the Space Coast, and a large family. They have two grown children who are married, and one couple has a new baby girl. They have been owners in the community for 22 years since they bought their first piece of property on Lake Nantahala. Terri and Doug love the mountains and all that it represents. They have been married for 36 years.